We’re delighted to announce that the amazing generosity of Barnsley people has enabled us to give out over 650 Starter Packs.

Thanks to everyone who’s helped us. 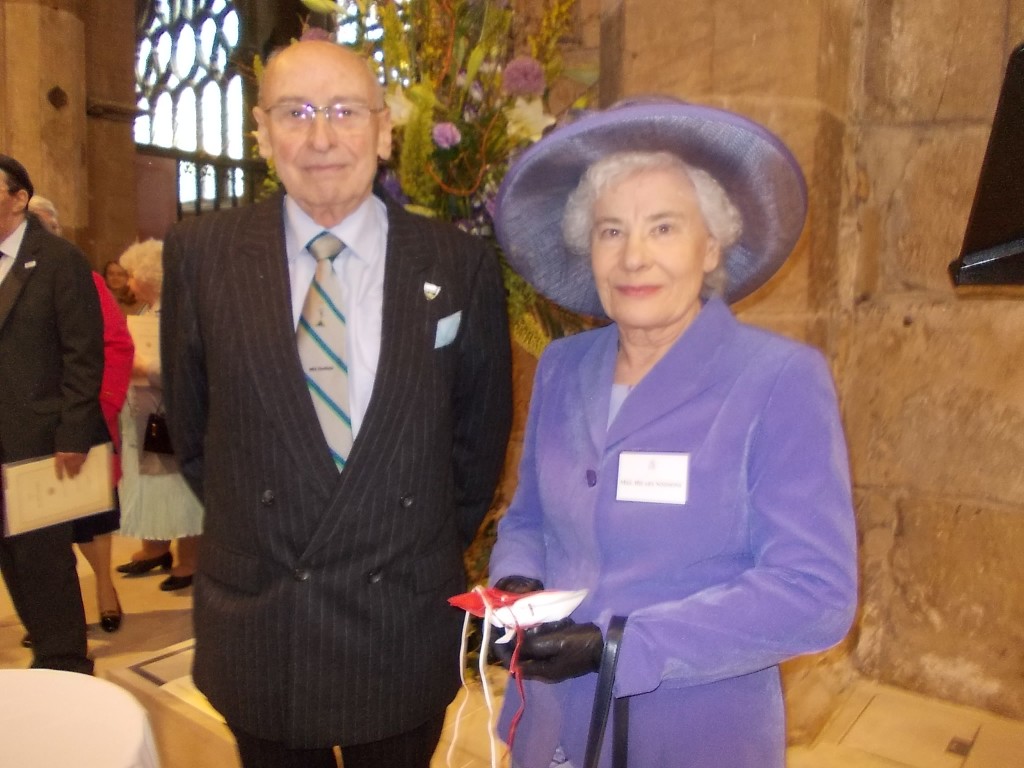 One of our volunteers, Hilary Simmons, attended this year’s Maundy Thursday service which was held at Sheffield Cathedral on the 2nd April. She was one of the 178 recipients who each received Maundy purses from the Queen. 89 men and 89 women, one for each year of the Queen’s birth, had been nominated by the Sheffield Diocese for their contribution to the Church and the local community. The service has been held for over 900 years and originally the monarch washed the feet of the poor pensioners but this discontinued in 1730 although officers of the Royal Almonry wear linen towels in remembrance of it.

Here’s what she had to say about the day:

Each of us was made to feel very special from arriving at Meadowhall where two supertrams escorted us to the Cutler’s Hall. There our names were checked and we were given our name badges and a drink. We were escorted across to the Cathedral in brilliant sunshine and the Cathedral bells ringing. We found our seats, easy because our companions were seated on the row behind us. Unfortunately I was seated behind the choir so had a very limited view of the proceedings. The Queen and the Duke of Edinburgh arrived at 11 o’clock and the service began. The first half of the recipients received their purses after the first of the Bible readings and the second half after the second reading. Handel’s music ‘Zadok the Priest’ accompanied the Queen’s procession with the Secretary of the Royal Almonry Office and the Yeoman of the Guard and at the rear four children of the Royal Almonry, chosen from four local schools. The Queen moved very quickly down the aisle and suddenly she was in front of me. I did my curtsey, taking care to keep my hat on, held out my hand for the purses, looked up and mouthed a ‘thank you’. I was just too overwhelmed to say the words ‘thank you your majesty’ as we had been instructed, and she had moved on. I remember her beautiful smile as she looked at me.

We were given two leather purses, one red and one white. The red one contains a £5 Churchill commemorative coin and a 50p Battle of Britain coin, a nominal allowance for clothing and provisions, formerly given in kind. The white purse has the specially minted silver 1p, 2p, 3p, and 4p coins in nine plastic wallets to the value of 89p.

After the service we went back to the Cutler’s Hall for lunch, bread roll, chicken and ham pie or vegetable pie with a mash of potatoes and vegetables and green beans, followed by trifle, coffee or tea. There was a can of Foster’s beer at each place setting which we ladies gave to our companions!

Supertram, now back running normal, took us back to Meadowhall where we were met with ladies giving us a yellow, single stem rose. It was a truly wonderful day full with many memories which I am enjoying sharing. 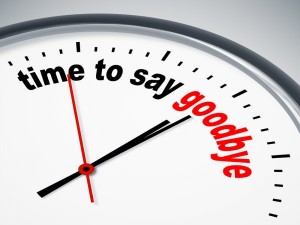 A special mention to our volunteer, Sylvia, who this month has left us to spend more time helping out with the grandchildren.  She has worked tirelessly since Starter Packs was an idea and her huge efforts helped to make us the success we are today.  She will be very hard to replace…

… and on that note we are always looking for volunteers.  Please get in touch via our website contact form or through VAB if you think you could help!

As part of our birthday activities, we have been sucessful in attracting local press coverage.

The following article appeared in both the Barnsley Chronicle and the Barnsley Independent in the last few weeks. 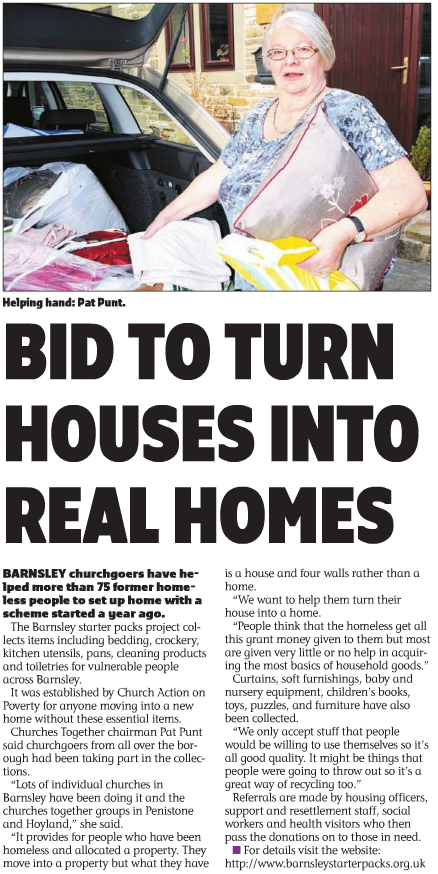 We are very pleased to announce that the Barnsley Starter Packs project has been awarded the Virtual College’s Award for Best Community Resource 2011. 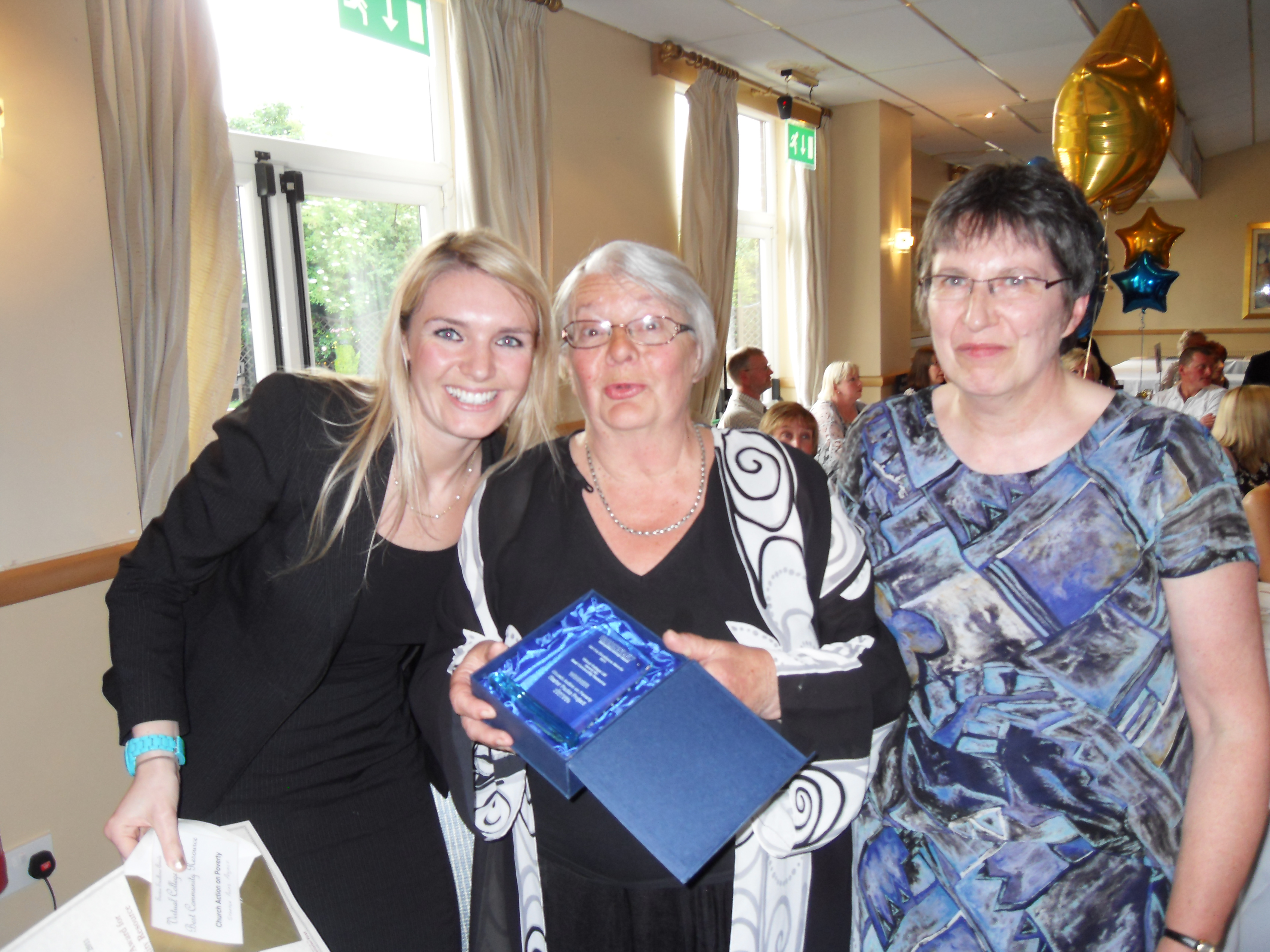 The project was placed in the final three in two categories: Best Voluntary Service Provision Award and Virtual College Award for the Best Community Resource. The project was the outright winner in the latter and received an engraved glass plaque and certificates for both categories.

It’s the small things you remember
When you’re getting your life back on track
And in the Autumn chill of September
Let’s celebrate The Starter Pack!

A Starter pack is full of the things
We all need to make life worthwhile
It’s a story of hope that The Starter Pack brings
So here, sup your tea with a smile…